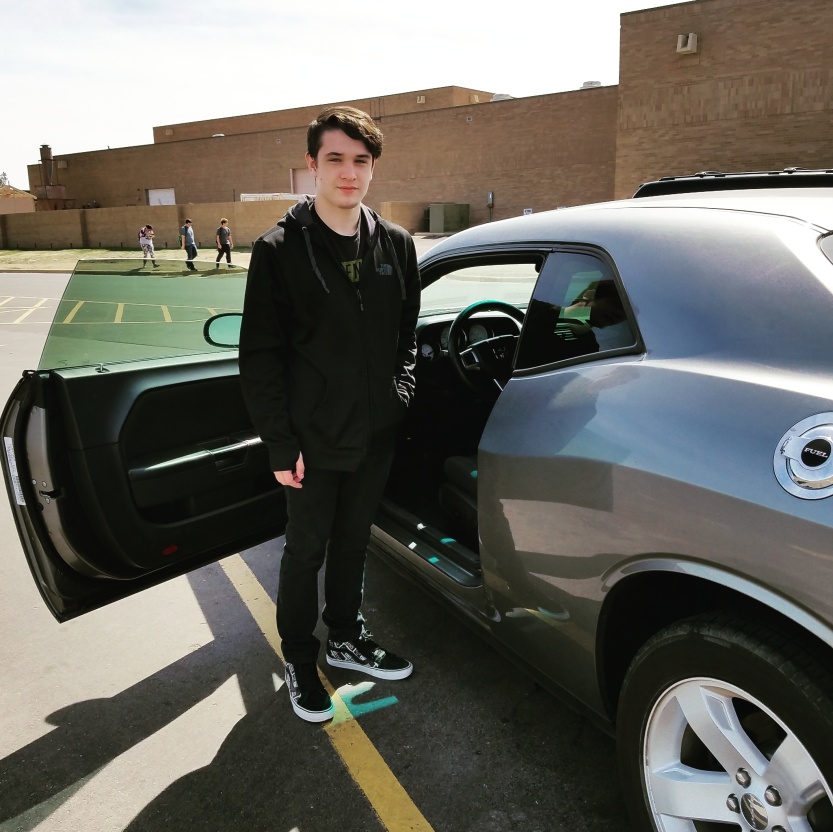 So I understand not everyone is looking out for my feelings. Nor should they have to. But wow, some of the posts that I scroll through on Facebook are insensitive. I’ve had to delete two “friends” recently because of derogatory remarks, I did not even comment on their posts although the one today I wrote a long explanation why I was deleting her then I erased it . One used a gun pointing at a girl with a ‘boom’ emoji series and the other flat out said they wished they could blow their head off if they had a gun. Nice. Both clearly know, the first friended me right after because of what happened, the other just knows. Like I said before, not everyone should walk on their tippy toes because of me but really? Also, the second one is a fellow chiarian. I understand her pain. I understand completely. I am in pain EVERY single day but no one knows. I do not blast it all over social media for the world to know.

Speaking of chiari, and a different subject, most had forgotten Zane even had it. He seemed to have been doing so well after his brain surgery that no one asked. Sometimes I think he was fooling himself. He wanted to feel better so bad. He wanted to feel normal. He wanted to be pain free. And I know he was depressed about not being able to play football. Before surgery is when his anxiety was at an all time high. Zane would have a panic attack before even going to school for fear of having a headache in class and getting sick. That’s why the beginning of his sophomore year we decided online school was the right thing to do. After surgery he felt so much better and when he was ready, back to LHS he went. My smart, bright, super intelligent, whitty, quiet young man was doing great…so we thought. As with any teenager Zane had his ups and downs but was generally happy. Especially after he got Mia, his black lab. They were perfect for each other, both were ridden with social anxiety and loved to be in a dark room. Perfect. In March we were able to buy him his first car, a Dodge Challenger. He loved that car. Him and Joe had plans for it. Joe is planning on finishing it with Daniel and the boys and showing it eventually. The beginning of the summer was going well too. We took a family vacation to Ruidoso. There was 13 of us staying in a cabin and had a blast… hanging out, talking, ziplining, shopping, eating, hot tub, playing cards, and hiking. Zane, TJ and the rest of the guys went fishing. He was so excited to fish with Pawpaw. That was his main objective on the trip. The trip was a success.

After that his sleep habits changed and I didn’t see very much of him except when he would have a drs appointment here and there or when I made dinner. Zane mentioned to me that his anxiety was giving him a bit of a problem so I told him I would get him an appointment with our family Dr. I had also just talked to my neurologist about him taking him as a patient even tho he was considered pediatric and he agreed to if I could get a referral. I was literally in the works of doing that because his pain was coming back with a vengeance and I wanted to get it under control. I felt like we still had good communication tho. We talked EVERY day, he just seemed to be sleeping more. Maybe the pain was worse than he let on, I don’t know. He was good at making things minor, just like me.

All in all chiari malformation sucks. I hate it. It’s devastating. There is no cure. Surgery does NOT fix you. Surgeons will tell you that you’re fixed but you’re not. Mine knows I’m not cured that’s why I’m seeing a pain specialist and a neurologist. Headaches are not the only symptom. You see the school should have done their research on Zane’s condition before labeling him back at homecoming. He did not die by suicide for attention. The pain from chiari causes anxiety and depression, especially in teens (and seeing his picture on the wall would not have promoted suicide btw).