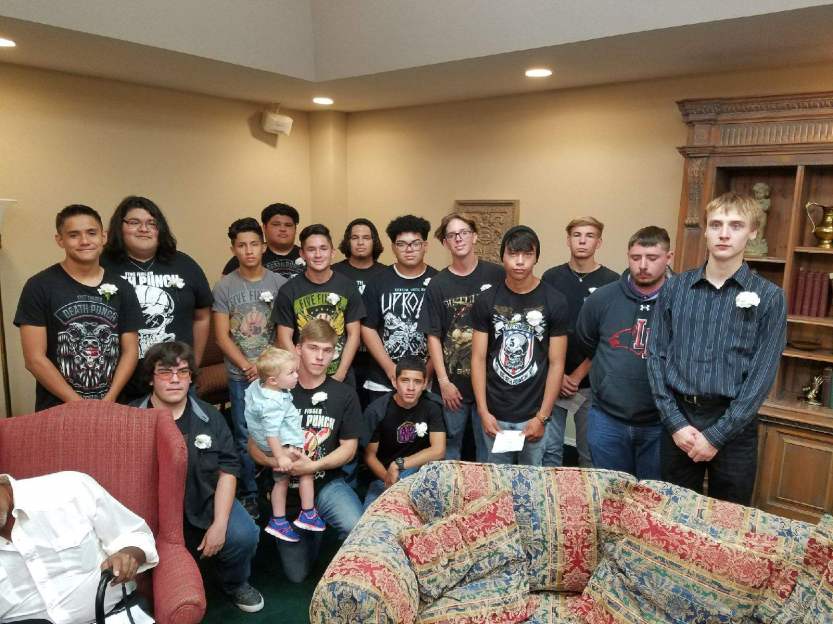 This morning I told Joe I needed to clean out the fridge. And as you know the fridge isn’t very full but what’s in it has kinda gotten bad. The eggs I bought. I look at the expiration date…whoops… Oct…crap. I guess they need to go. I suddenly got an overwhelming sadness as I look at Joe and tell him “I no longer have a 16 year old to take the bad eggs and throw them at the fence”. Yup, that’s what Zane would do with the expired eggs. Now, it was rare to have expired eggs since he loved scrambled eggs and Zane could eat them morning, noon and night. But he loved to throw them, along with watermelons and other fruit that would splatter.

This brings up a few of the stories the boys told us when they would come to the new house and visit. Apparently Zane told the boys they we’re not allowed to eat the eggs! He told them I said they were off limits. Huh? I think he just wanted them for himself! Silly boy!!! Another one, which has nothing to do with food, has to do with me getting up at 4:15 to go to the gym. He told them they were not allowed to leave the rooms between 4-6 am because I would be up and possibly in the kitchen. Like I was doing some kind of ritual or seance 🤣🤣🤣! A few of the boys admitted to being sort of ‘scared’ of me. What?!? Oh my child. Even when he’s not here he makes me laugh. I’ll save a few of the other stories for another blog post because some of them get even funnier.

I miss the days of waking up and not knowing how many boys were in the house. The night before, thinking there were only two extra, and in the morning there would be at least 6+ extra. So off to Walmart I’d go to get more food for lunch. I would always have to decide what to make depending on the count of humans. I always knew the early risers because they would be in the game room playing the PS4 on either the big TV or the laptop or both. And one or two in the other room on the projector. Or playing pool. Oh Zane and his spoiled self. Zane would be the last one to wake up, but he was usually the first the go to sleep, he loved his sleep time. Him and Mia would snooze till the afternoon if you would let them.

I always look forward to seeing each one of the boys when they come to see us. It brings a sparkle to my eye. It makes me feel as if Zane is with me, as if he’s here. I see Zane in their eyes too. He lives through them, each one of them. It’s beautiful. If you know any of my boys, look in their eyes, you will see my baby boy.