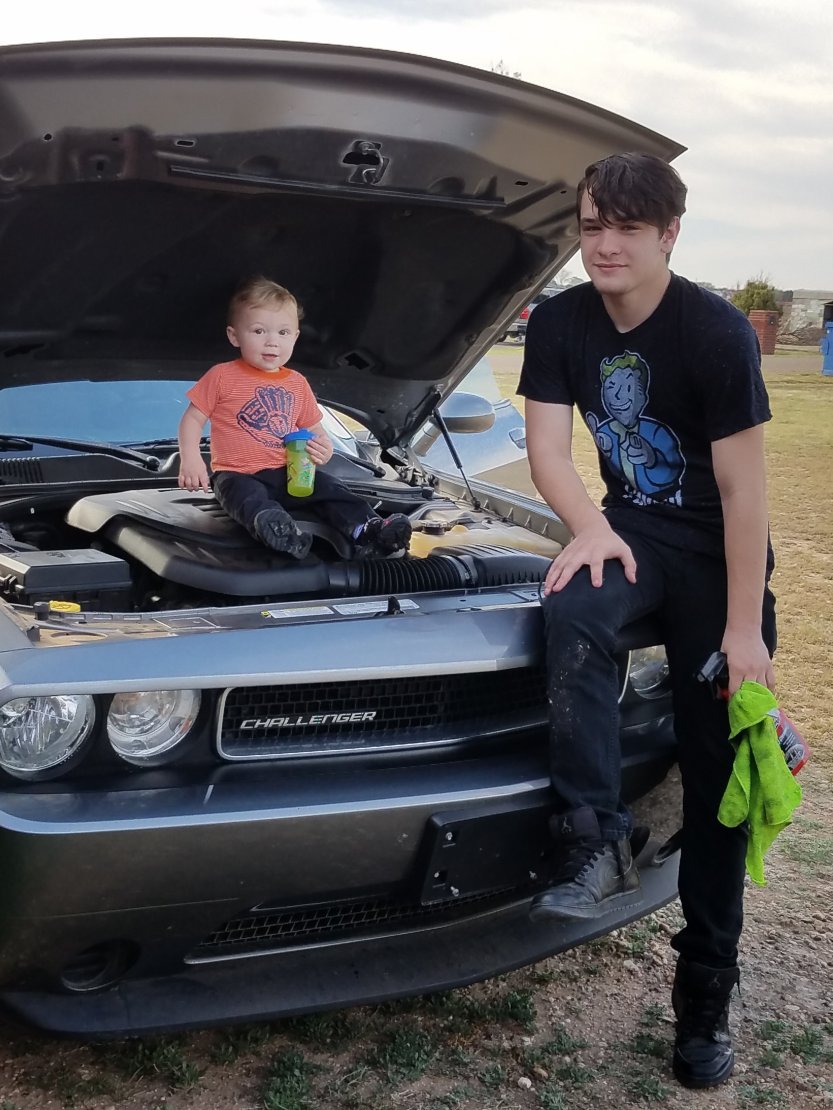 I was reminded of a funny story while with a client the other day. Raviolis 🤣. How do you normally heat them up? Microwave or stove right? Not Zane. One day I saw him grab a can and a spoon and head out so I asked him if they had a microwave to heat them up in at school. He said yeah but I just leave the can in the car until lunch and eat it then. It will be warm enough 😅. It was one of the pop tops so voi la! He said he had a project due and didn’t have time to run home for lunch like usual with his brigade of friends to raid my fridge. By the way I bet I never got that spoon back…the main reason for buying silverware from Sam’s.

Back in May Zane’s car got some hail damage. We recently sent it to a friend’s business, someone whom we knew would take extra special care of it. Well, of course he did. He saw the car one day and noticed a spot. Yep, he wanted to fix that one spot. In order for him to be able to get the car while I’m at work (Joe is gone) it’s easier to just leave the keys in the car and give him the code to the garage. Here I am sitting in Zane’s car while it’s in the garage, the same smell. Dammit. I cry. I scream a little, at Zane. I want to hit the steering wheel but I didn’t. Two years since he was behind that wheel.

The kids needed to get their eyes checked before school started, especially Riot, he needed new glasses. As he was getting his exam, the optometrist asked him to cover his right eye. Nothing. Couldn’t see a thing out of his left eye. Well I already knew this was a problem from last year. We will be doing therapy on his eyes soon. But…get this. Zane had the same issue but with his right eye. He eventually had surgery around the age of 9 but later down the road lost most of his sight again. He just compensated and wore glasses when driving or reading. I feel like I’m doing round two…

Friday morning I was driving to Lubbock for work, sun in my eyes, visor down. I would seem to think all of my things in the visor are secure, I even have extra paper clips to hold lose papers. Out of one of the pockets a card slid out so I pushed it back it not looking at it. It slid back out. So I looked at it. **sigh** it was the business card from the car dealership where we got Zane’s Challenger in March of 2017. Funny thing is that I get in that pocket often and that card has never been in there before 🤷. Oh Zane you have your ways of showing up 💜.

Yesterday I turned 41. My 3rd birthday without him. Selfish but MY birthday will never be the same. I’ve been asked how I celebrated…I didn’t and I won’t. It’s. So. Hard. 40 came and went, so did 41. I am SO thankful for ALL the birthday wishes tho, every single one of them were sweet. I am definitely blessed in that department.

Today Kai’Dyn and Riot started 6th and 3rd grades. Both as Timmons. And both with new middle names that THEY chose to take as their own. Kai’Dyn ZaneMarie and Nickilas Riot Morgan. He’s with them, always, in their hearts and as their brother.